Posted by Anubis Darkwatch on August 11, 2019
Posted in: Uncategorized. Leave a comment 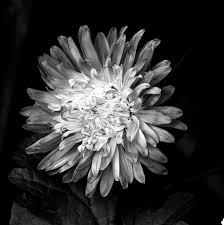 It’s been a hot one this summer, but the music has been even hotter. Here’s a quick snapshot of some of my (and soon to be your) favorite tracks. Enjoy, and feel free to share, like etc.

Posted by Anubis Darkwatch on March 9, 2016
Posted in: Uncategorized. Leave a comment

It’s about that time to do a musical snapshot of what’s getting a lot of airplay on the radio. I’ve put together a set list (as my alter ego DJ Anubis) to listen to while you do whatever it is that you do! We’ll start with a favorite of mine on the EDM scene with Swedish born DJ, Eric Prydz. Most of us remember him from his huge hit in 2004 “Call on Me” which sampled Steve Winwood’s ‘Valerie’. His latest EP, “Opus” was released in February and the first hit off of this CD is “Breathe”, with vocals provided by Rob Swire (of Deadmau5’ “Ghosts N’ Stuff” fame). Neither Prydz nor Swire disappoint in this one.

Major Lazer has hit the Top 40 scene hard with hits like “Lean On” with DJ Snake. Major Lazer is actually an EDM music group consisting of record producers Diplo and Switch. The music combines electronic beats with reggae, dancehall, reggaeton, house and moombahton genres creating a very unique sound. This next hit of theirs on the set list, “Boom”, is a collaboration with Dutch phenom, MOTi and features the voices and lyrics of Ty Dolla $ign, Wizkid, & Kranium.

Coming up next is an insane collaboration of superstars David Guetta, Sia (the voice that remains faceless to the public) and New Jersey native, Fetty Wap. “Bang My Head” has a beat attached to this radio edit that’s unique in every way thanks to each artist’s contribution.

Belgian brothers Dimitri Vegas & Like Mike were hugely popular last year thanks to their hit ‘The Hum’. Their sound gets amped with vocals provided by Ne-Yo to give us “Higher Place”.

American DJ Dillon Francis and French Algerian DJ Snake are two big names in the Moombahton scene, and they get together with other huge names to make blockbuster hits. This time they got together to create “Get Low”, with its Arabic style riff, and it got featured on the latest Furious 7 soundtrack. More airtime on Dodge and Taco Bell commercials make them this decade’s Fatboy Slim. They are on tour with Skrillex. I decided to reprise this using Serbian DJ Beast’s remix.

Dutch phenomenon Armin van Buuren is synonymous with Trance music staying one of the busiest DJs in the world alongside Tiesto. He now slings albums on his own label ‘Armada Music’ which also produces his weekly ‘A State of Trance’ set. He enlisted the sound of Dutch rock band ‘Kensington’ to create a unique sound in “Heading Up High”. I chose the First State (Sander von Dien) Extended remix.

Florian Picasso has been putting out a few hits in the last four years as well as making his mark in the remix scene, putting out versions of songs by Tegan & Sara, Benassi, Christina Perri and even Steve Aoki and R3hab. His 2015 product, “Origami” was an instant hit, he follows that up this year with “Kirigami” and interestingly, he is actually the great grandson of famous artist Pablo (via adoption). He may soon be an artist of the same caliber on a different scene. You can even watch a mini documentary about him over here: https://www.youtube.com/watch?v=VjQNdEWGGOA

Australian DJ TyDi (Tyson Illingworth), a prodigy on the electronic scene, was signed to Armin van Buuren’s ‘Armada’ label at the age of 17 and his latest top charting hit of 2015 is penned by singer / songwriter Melanie Fontana who has written with and for huge artists like Justin Bieber, Christina Milian, Meghan Trainor among others. The title track from his fourth album ‘ReDefined’ reached number 5 on the US and Australian dance charts on it’s very release day.

Canadians Sultan + Shepard have been on the scene since the early 2000s after meeting at McGill University and have been a force to be reckoned with ever since. In early 2016, they team up with fellow Canadian-Jamaican vocalist Kreesha Turner to produce “Bring Me Back”, and UK’s Futuristic Polar Bears’ remix of this soon to be hit really hits the spot when you’re in the mood for some good Progressive House.

Last but not least, the latest product from EDM/Rock Fusion band ‘Cheat Codes’ is a follow up to their last hit “Visions”. What sets these 3 guys apart is that they write all their own music in a genre that strengthens itself via collaborations. “Say Goodbye” has the full package, poignant lyrics combined with very catchy music that makes you want to hate it at first, but find yourself listening to it when no one is watching. Their latest hit “Sex” is now rising up the charts quickly, so get familiar with these guys if you haven’t already.

You can download the set here. Tell us what you think of these artists and if you will be listening to more from them.

Posted by Anubis Darkwatch on October 14, 2015
Posted in: Uncategorized. Leave a comment

It’s coming to be about that time, the heat has finally left and we can finally venture outside to see the leaves fall on our lawns… and then rake. Anyway, a huge part of fall is Halloween, and a huge part of Halloween (besides putting on a mask to essentially remove another one and show our true selves) is the music. We all need a little music to trick or treat to, and I’ve put together a set of essentials to last an hour or 3, depending on how full your bucket is. Go on over and grab The Halloween Mix right now and get moving on that ‘costume’.

Posted by Anubis Darkwatch on October 14, 2015
Posted in: Uncategorized. Leave a comment

It’s been a good minute (aka a long damn time) since I brought something to the table, so here’s something new to dance to at all those fall outdoor parties we’re about to have. Featured prominently in this set is the work of Berkeley CA artist KSHMR, of Indian descent. Get you some of Das Oktoberfest Mix . 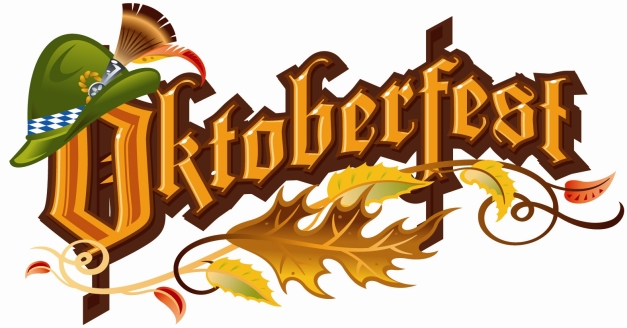 Posted by Anubis Darkwatch on February 20, 2015
Posted in: Uncategorized. Leave a comment

And now for something completely different.

If you’re a fan of swing… and dance… and dancing the swing… give this a listen.

The Swing The Electro Mood Mix 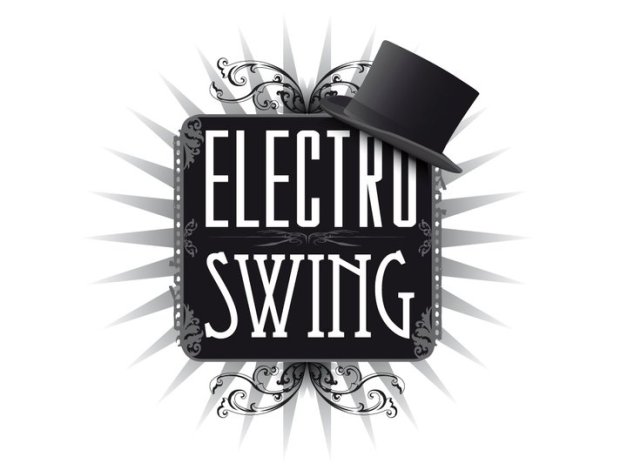 Posted by Anubis Darkwatch on February 12, 2015
Posted in: Uncategorized. Leave a comment

It’s about that time of the year when excess is completely normal. To that effect, here are some of the best songs out right now, pushed to excess by the remix junkies, myself included. Enjoy. 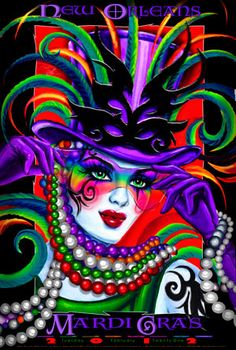 Posted by Anubis Darkwatch on December 18, 2014
Posted in: Uncategorized. Leave a comment

It’s that time of year again when everyone is inundated with Xmas music, so like my previous years’ installments, here’s something completely different:

Happy Holidays to all! 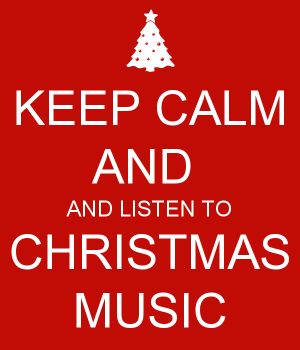 I think Mother Nature is pretty much telling us all to get our bikini lovin’ butts inside and put on some damn clothes. That’s ok, though, because now we switch gears from Summer Sun to Winter Wonderland. Christmas music is already making its way onto folks’ favorite online streaming stations, even if they don’t admit it before Thanksgiving. Either way, it can’t hurt to have some music handy while warming up by the fireplace. Here’s some more for ya with The Winter Star Mix. 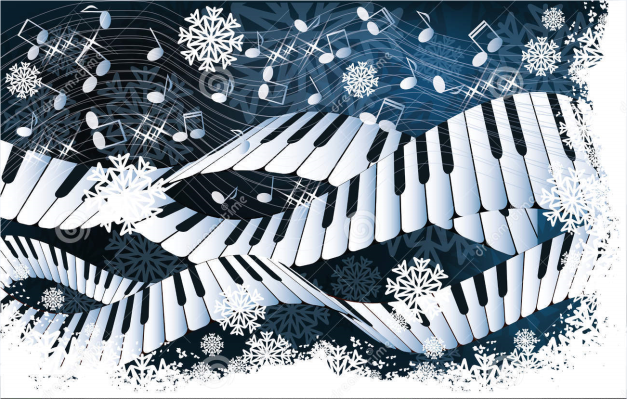 Posted by Anubis Darkwatch on June 16, 2014
Posted in: Uncategorized. Leave a comment

It’s been a while since I had done one of these, so I figured today was as good as any to go for it… for two reasons.. big reasons. The first one is my father. On this Father’s Day, there is no one I know who pushed me and supported me more to do whatever I set my mind to and excel at it more than him. He gave me a lot of life lessons that I still follow to this day and I can only hope that I can be half the man he is, and do the same for my son. Happy Father’s Day to all the dads out there.

The second reason is the sad passing away today of the amazing DJ Casey Kasem. He was an amazing man whose voice carried me through my entire childhood. My dad bought an astounding Marantz sound system and we listened to Casey’s Top 40 countdown religiously. (We also listened to the Weekly Country Music Countdown, but I won’t mention that very often 😛 ). This great man will be missed. He inspired me to be a DJ, and to be able to do it while being approachable by his audience. The Long Distance Dedication was an amazing part of his show that told me that no matter how great someone can be, he can be anyone’s friend just by reaching out.

In dedication to these two great men in my life, I give you The Inspired Mix

Posted by Anubis Darkwatch on April 21, 2014
Posted in: Uncategorized. Leave a comment

Working on my Online Presence!

Check out the MIXES page to download any of my past mixes.